View this in your browser

I don’t care about Kanye West’s alleged genius. I don’t care who he’s married to, how much money he has, or that he is Black.  He is #cancelled.  West appeared on TMZ on Tuesday and told millions of viewers that the 400-year enslavement of people of African descent in America was our “choice.”  What he said is not only ignorant, insensitive, and a-historical, it’s morally reprehensible.  The reaction has been swift, intense, and utterly appropriate, and West has nobody but himself to blame.  The potentially mortal wound to his career is self-inflicted.  His narcissism, bizarre logic, hard-heartedness, and racially treasonous words have sliced through Black America with scalpel-like precision.  He has also undermined his street cred among millions of reasonable fans of all races.  This is what modeling the most vile and destructive mixtures of ignorance, arrogance and megalomania, while legitimizing slavery apologists from coast to coast will do. 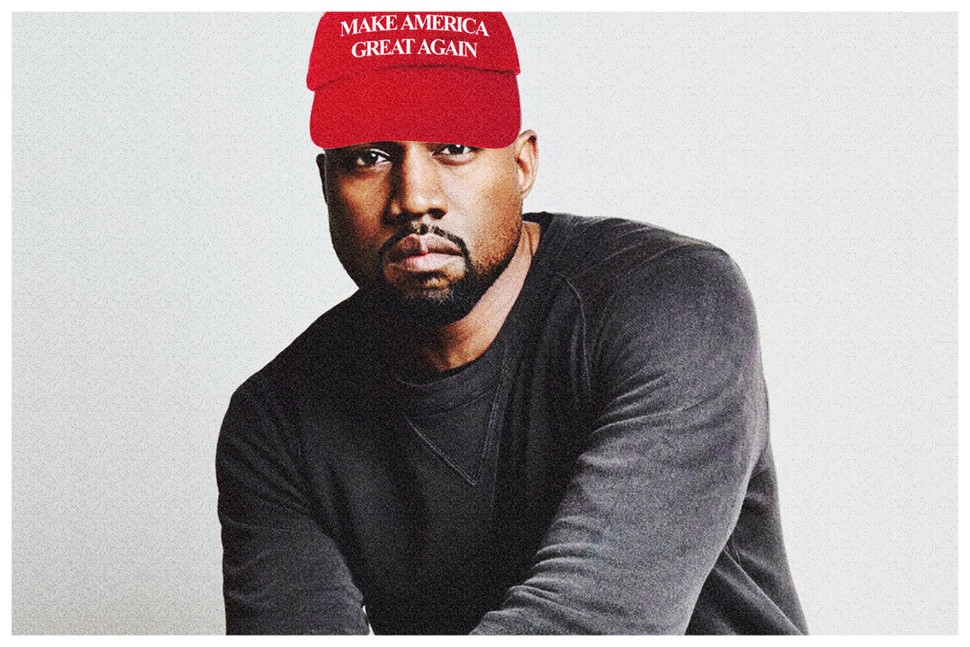 Not only did we choose bondage, according to “Yeezus,” we still suffer from “slave mentalities.” Speak for yourself, Kanye. You’ve described Donald Trump as a “good man” and sported a “Make America Great Again” hat next to a White man throwing up a White nationalist solidarity sign. The joke is on you.  For the uninformed, Black people resisted enslavement every day for hundreds of years.  From feigning illness, to destroying property, to remixing Christianity to fuel cultural resistance, to outright rebellion, we helped teach the world how to simultaneously subvert and survive. Have you heard of Nat Turner and Gabriel Prosser? Have you heard of the Stono Rebellion?  Frederick Douglass, Sojourner Truth, and William and Ellen Craft?  We know that you are up to speed on Harriet Tubman, because you told the world that you’d prefer Michael Jordan to her on the $20 bill.  If your remarks reflect your so-called genius and “free thinking,” it’s warped genius and deeply disturbed thinking. 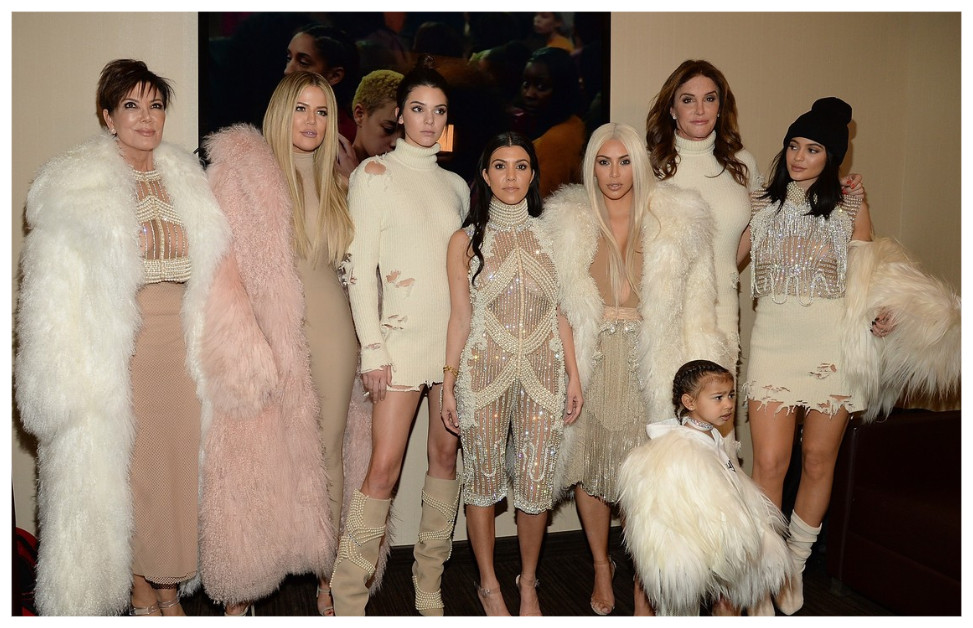 Some say West did this to stimulate interest in his music and new work. If so, this would elevate his words to craven and evil.  Saying enslavement is a choice isn’t exactly brilliant business either.  Black cultural icons first become cool when most Black people believe they are, and right now Black folks think he’s gone off the deep end, and this doesn’t bode well for his brand.  Indeed, West’s version of “crazy,” “provocation,” and Machiavellianism, aren’t good for business, let alone his standing among his own people. If he continues to get in between the Kardashians/Jenners and their money, in fact, they’ll #cancel him too.

Yes. He hasn’t seemed to be “right” since his mother passed, and some have floated the possibility of mental illness, which is entirely possible.  After all, he’s gone from “George Bush doesn’t care about Black people,” to Black people choosing enslavement, and somewhere in between he hijacked Taylor Swift’s first Video Music Award (VMA) acceptance speech, in an intoxicated and belligerent rant that threw more shade than a solar eclipse.  It was toxic masculinity at its worse and downright cringe-worthy.  He clearly has a martyr complex and thrives on controversy. 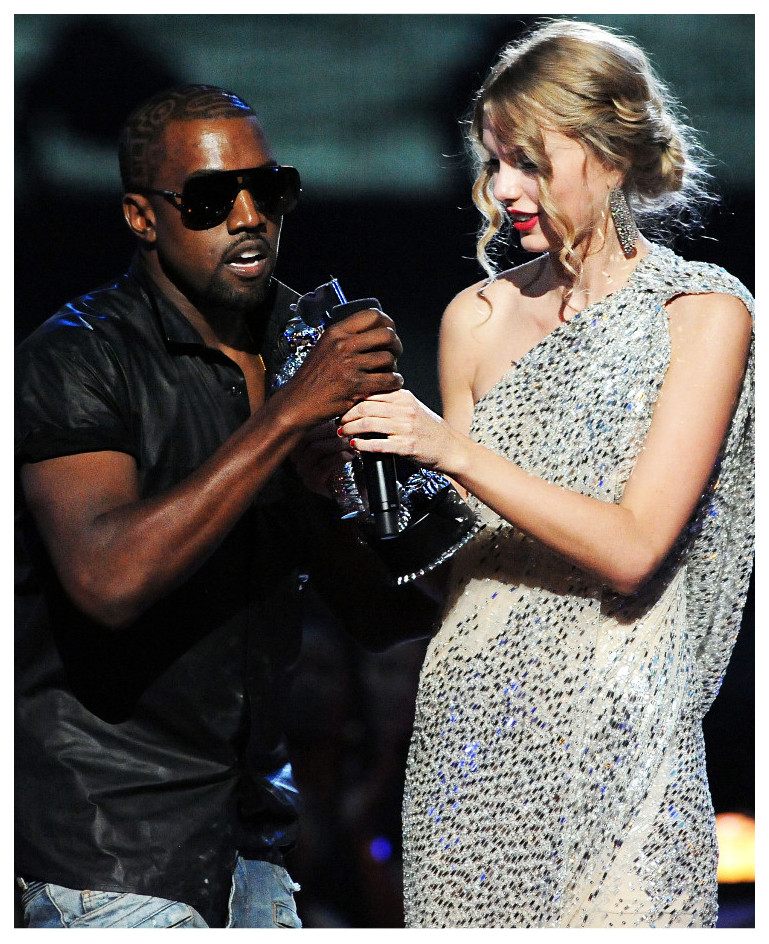 Whatever the case may be, he’s gotta get help and/or humble himself, especially before his own cultural community or remain #cancelled, because you enter very rough waters when you tell Black people that our enslavement was in effect self-inflicted.

We should also consider that he may be quite coherent and intentional in his rhetoric.  I think many of us, especially Black folk, are trying to “figure him out” because he’s is Black. But I don’t care what color he is, when you say our enslavement was a choice, you become a threat. Black people are among the most forgiving on earth, but when you defend Donald Trump, pose with White nationalists, and apologize for our enslavement, rape, evisceration, and murder, you get #cancelled and rebuked in the name of Yesawa, Jesus, Jehova, Yahweh, and Allah. No level of goodwill and forgiveness can walk you back from this, and no level of artistic excellence can shield you from the consequences of such a racially nuclear rant.

Finally, and to end where I began, I say so what to his “musical genius.”  We have always had and will have genius among our species. Genius can be inspirational, but it can also be smug, dismissive, and tone deaf.  Did you read West’s body language during the infamous TMZ interview? Genius can innovate and liberate, but it can also be bombastic and inflict pain and suffering on an epic scale.  So, Mr. “Heartless” better think long and hard about his next words and moves, because African America may scoff at re-drafting this “College Dropout” to the Black delegation.

Diamond Strategies enables individuals and organizations to expand their horizons, and enhance their diversity and inclusion efforts, with timely, dynamic, solutions-based learning, in a C-Suite setting. Designed for professionals and non-traditional learners who wish to remain culturally competent and up-to-speed without enrolling in college courses, Culture Quests are your opportunity to learn from top professionals and practitioners in an intimate, comfortable, and convenient setting. Our Quests facilitate appreciation for diversity, promote mutual respect, energizes participants, and advances civic participation and nimble leadership.