Appeasement: Hate Speech and the End of the American Promise

View this in your browser

“We should never forget that everything Adolf Hitler did in Germany was ‘legal’” ~ Martin Luther King, Jr. The Letter from Birmingham Jail, 1963

“It is not enough that laws prohibit or punish all types of racial discrimination: these laws can be easily gotten around if the community for which they are intended does not fully accept them. To overcome discrimination, a community must interiorize the values that inspire just laws and live out, in day-to-day life, the conviction of equal dignity of all.” ~ Pontifical Commission on Justice and Peace, The Church and Racism: Towards a More Fraternal Society

Michael Krieger reminds readers that the King’s quote above “is eternal and extraordinarily relevant in the current global struggle against the criminality, corruption and [chauvinism] of a very small, but very powerful 0.01%…because one of the key tactics this tiny minority uses is to claim that their immoral deeds are ‘legal.’”  Indeed, we are witnessing the steady and accelerating death of our experiment in republican democracy, and its demise is not attributable to invasion and military defeat.  On the contrary, the United States, which “stands alone among liberal democracies in its defense of hate speech as integral to upholding the First Amendment and ensuring a free society,” is being infected and incapacitated by our unrefined notion of free speech. 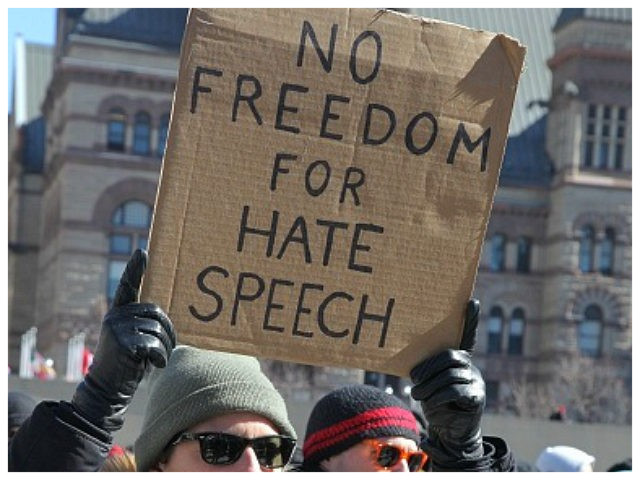 This deadly antigen attack began as an antibody assault on the Obamaification or diversification of America, and quickly metastasized at local levels, thanks to brazen bigotry at the highest, in the racist, homophobic, anti-Semitic, xenophobic, and misogynistic language (symbols and iconography) used in everything from Junior League meetings and retirement community living, to city council deliberations and legislative debates.  Nowhere is this more evident than in the eruption of racist remarks being hurled at Black students by White youth in school systems throughout America.

Not a day goes by that I don’t field a complaint from angry and aggrieved parents of Black children in the Greater Phoenix Metropolitan Area, whose child or children have been called the “N-Word,” “Coon,” or “Tar Baby.”  From White youth yelling “hey N*****, the jungle’s that way,” to a Black student awaiting a bus after school, to children of African descent being told to “go back to Africa,” to others being singled out and ridiculed for wearing Black Lives Matter t-shirts, as if saying Black people “matter” is violently subversive.  All of this while White brothers and sisters across America and beyond, adorn themselves, unscathed, with I Hate Everyone shirts. 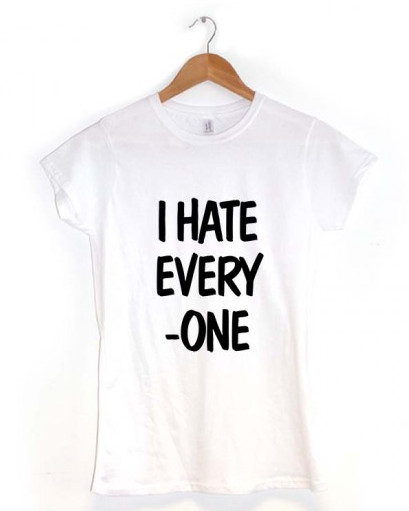 As Catholic priest and writer, Richard Rohr, so eloquently wrote, some White people react to “Black lives matter,” with “All lives matter.”  To those people, however, he asks them “to take a closer look at your own fears and biases. Of course, all lives matter! Yet until black and brown lives matter, no lives truly matter. Jesus spoke into specific lives, into particular circumstances of oppression, saying, ‘You, an outcast Samaritan woman, you matter. You, a leper rejected by society, you matter.’”  African American children in predominantly White schools are running the racial gauntlet.  This matters.

Some White kids are careful to not use racial epitaphs on campuses, knowing that most schools are limited in their disciplinary options once students are not on or in the vicinity of their campus.  Many schools have implemented cyber-bullying policies, however, to deter and punish bad behavior off-campus, including hate speech, when according to New Hampshire’s bullying law, “an action or communication as defined in RSA 193-F:3: … (b) Occurs off of school property or outside of a school-sponsored activity or event, if the conduct interferes with a pupil’s educational opportunities or substantially disrupts the orderly operations of the school or school-sponsored activity or event.”  Straightforward right? 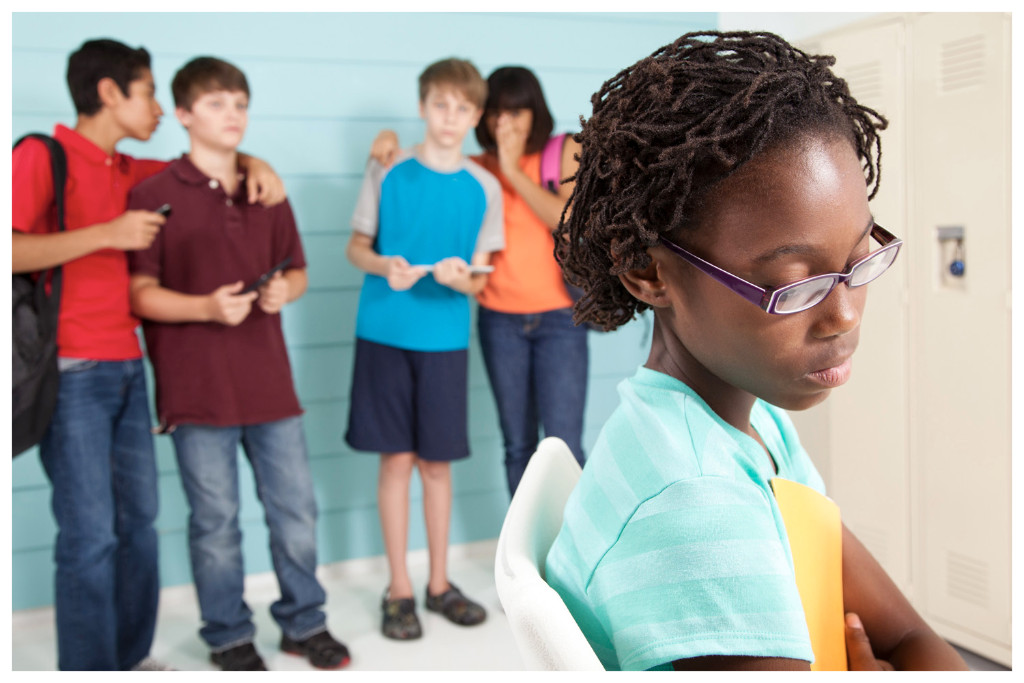 Not according to the Cyber Bullying Research Center, which tells us that “school administrators are in a precarious position because they see many examples in the media where schools have been sued because they took action against a student when they shouldn’t have or they failed to take action when they were supposed to.”  So, in an America that has always been slow to condemn and punish racism, implicit or explicit, school systems, reflecting the general cultural and ideological dispositions of their governing boards, parents, and communities, have been restrained in finding a “nexus” between racist off-campus behavior and the deleterious impact it has on Black and non-Black students.

Event though America doesn’t negotiate with foreign terrorists of color, many of our schools intercede on behalf of little White domestic ones regularly.   These bantam weight bullies are not “clueless” cads or gullible Goldilockses.  They know that they are inflicting harm and that they are protected by systems of White privilege and affinity that dismiss their behavior as “sticks and stones” and “kids being kids.”   All while many education leaders treat the angry reactions of Black students and their parents as unacceptable hostility and pompous provocation.  Parents of Black children, however, know that hate speech terrorizes and generates fear, anxiety and depression that can last a lifetime, but is rarely punished, even if it “interferes with a pupil’s educational opportunities or disrupts orderly operations.”  This is complicated by the most modern and ubiquitous iteration of White hate speech—one that cites Black people’s use of the “N-word,” especially by Black rap artists, as license to use the term to verbally assault African Americans.  Many White school leaders and parents, like their White students and children, are wondering what the big deal is.  Black kids are saying it, why can’t “our kids” say it.

As German Lopez writes in Vox, “Ta-Nehisi Coates, a writer at the Atlantic and author of We Were Eight Years in Power, has perhaps the best explanation I have ever heard on the topic, given during an event last month at Evanston Township High School in Illinois”: 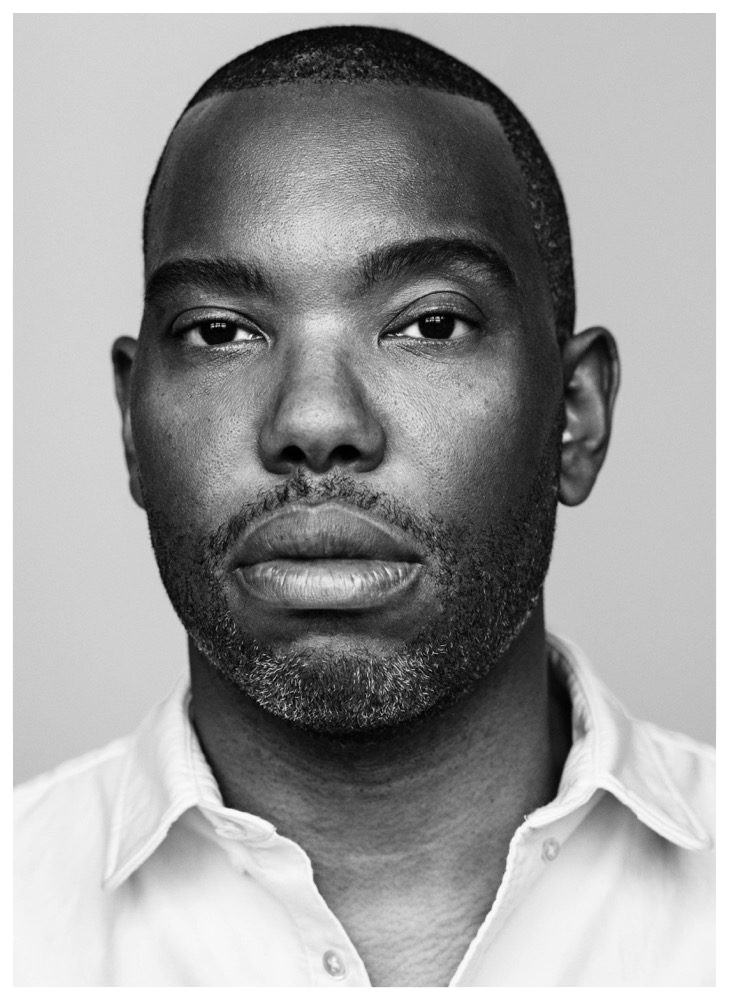 Coates (pictures to the left) first pointed out that it is normal in our culture for some people or groups to use certain words that others can’t. For example, his wife calls him “honey”; it would not be acceptable, he said, for strange women to do the same.  The same concept applies to different groups and their words. “My wife, with her girlfriend, will use the word ‘bitch,’” Coates said. “I do not join in.  And perhaps more importantly, I don’t have a desire to.”  Coates pointed to another example — of a white friend who used to have a cabin in upstate New York that he called “the white trash cabin.” “I would never refer to that cabin” in that way, Coates said.  “The question one must ask is why so many white people have difficulty extending things that are basic laws of how human beings interact to black people.”

He gave a potential answer: “When you’re white in this country, you’re taught that everything belongs to you. You think you have a right to everything.  You’re conditioned this way.  So here comes this word that you feel like you invented,” Coates said. “And somebody will tell you how to use the word that you invented. ‘Why can’t I use it? Everyone else gets to use it.  That’s racist against me.  I have to inconvenience myself and hear this song and I can’t sing along. How come I can’t sing along?’”  [This gives] you just a little peek into the world of what it means to be black. Because to be black is to walk through the world and watch people doing things that you cannot do.”

Last year, Laura Fay reported that “28 percent of teachers reported an increase in students making derogatory remarks about other groups during class discussions. The UCLA survey was conducted at the end of the 2016–17 school year.  After a number of incidents in the Philadelphia area, officials from the Quakertown school district reached out to the Peace Center in nearby Langhorne to help develop a racial tolerance and conflict resolution program.  ‘Middle school and high school students need to be talking about this,’ the Center’s director, Barbara Simmons, told The Philadelphia Inquirer. ‘Kids are being drawn into group think when it comes to white nationalism, racism, intolerance, and hatred.’” 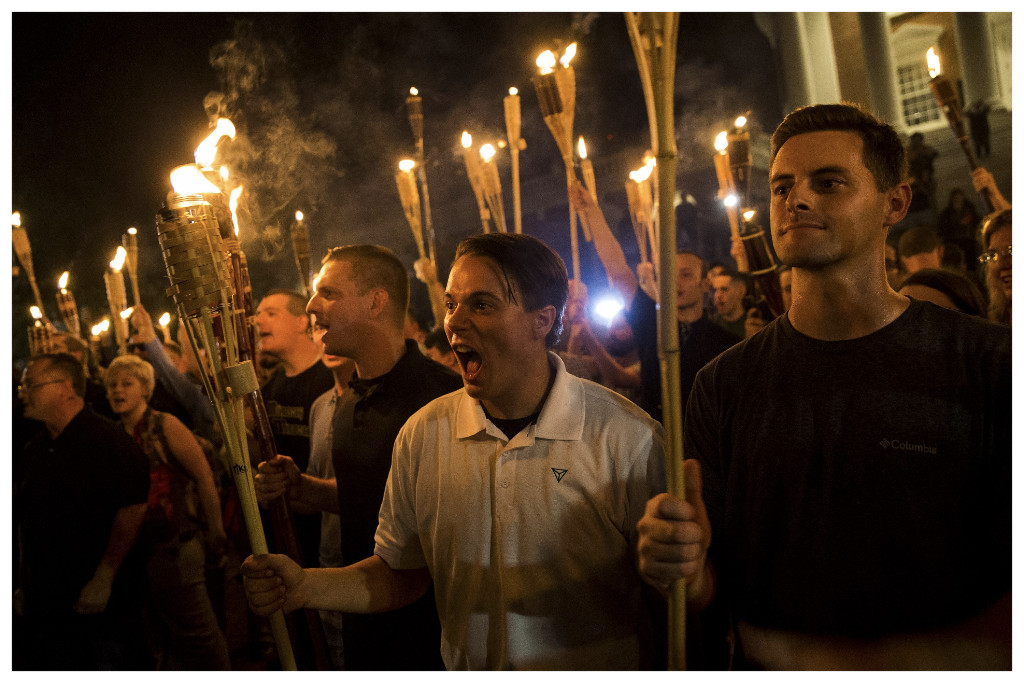 The ghastly potential vested in White nationalism, intolerance, and hostility is precisely what Martin Luther King, Jr. was reminding the world of in 1963.  Not eighteen years after tens of millions of people died defeating Hitler and hate, King warned against the politics of appeasement and the consequences of giving legal sanctuary to chauvinism, as even in their infancy, “isms” and “obias” undermine legitimacy, lay waste to moral authority, enable hatred, and engender violence, both instigative and reactionary.  In other words, little racists who are not held accountable can cause irreparable harm to their victims, and grow into big ones, like the harbingers of division, destruction and death pictured in the Charlottesville mob above.

There should be “zero” tolerance for hate speech, especially in our schools.  Abrogating our responsibility to reject it, punish it, and inoculating against it through training, institutional equity, and swift and stiff discipline, sustains and encourages it.  As Neville Chamberlain so painfully learned, there is no appeasing hate.  “We must take sides,” writes Ellie Wiesel. “Neutrality helps the oppressor, never the victim. Silence encourages the tormentor, never the tormented. Sometimes we must interfere. When human lives are endangered, when human dignity is in jeopardy, national borders and sensitivities become irrelevant. Wherever men and women are persecuted because of their race…that place must – at that moment – become the center of the universe.”  So, K-12 educators and White parents in particular, must be cognizant not only of their governing policies and procedures, but the ways in which they enable racist behavior—actions, when unobstructed, expand, divide, and destroy.  The fate of our society is in your hands.

Diamond Strategies enables individuals and organizations to expand their horizons, and enhance their diversity and inclusion efforts, with timely, dynamic, solutions-based learning, in a C-Suite setting. Designed for professionals and non-traditional learners who wish to remain culturally competent and up-to-speed without enrolling in college courses, Culture Quests are your opportunity to learn from top professionals and practitioners in an intimate, comfortable, and convenient setting. Our Quests facilitate appreciation for diversity, promote mutual respect, energizes participants, and advances civic participation and nimble leadership.